It will be useful to know the meaning of, which carries a bouquet of certain flowers. Once, in Victorian times, there was even a whole language of flowers and items, called "villages." Through it you can pass the whole message.

Times are changing, and in today's world there are plenty of ways to communicate. And many characters changed. But it would be useful to know that say certain flowers and their colors. Then you can visit our online flower shop in Kiev and to buy flowers, but when buying will know what's the gist you purchased your bouquet. 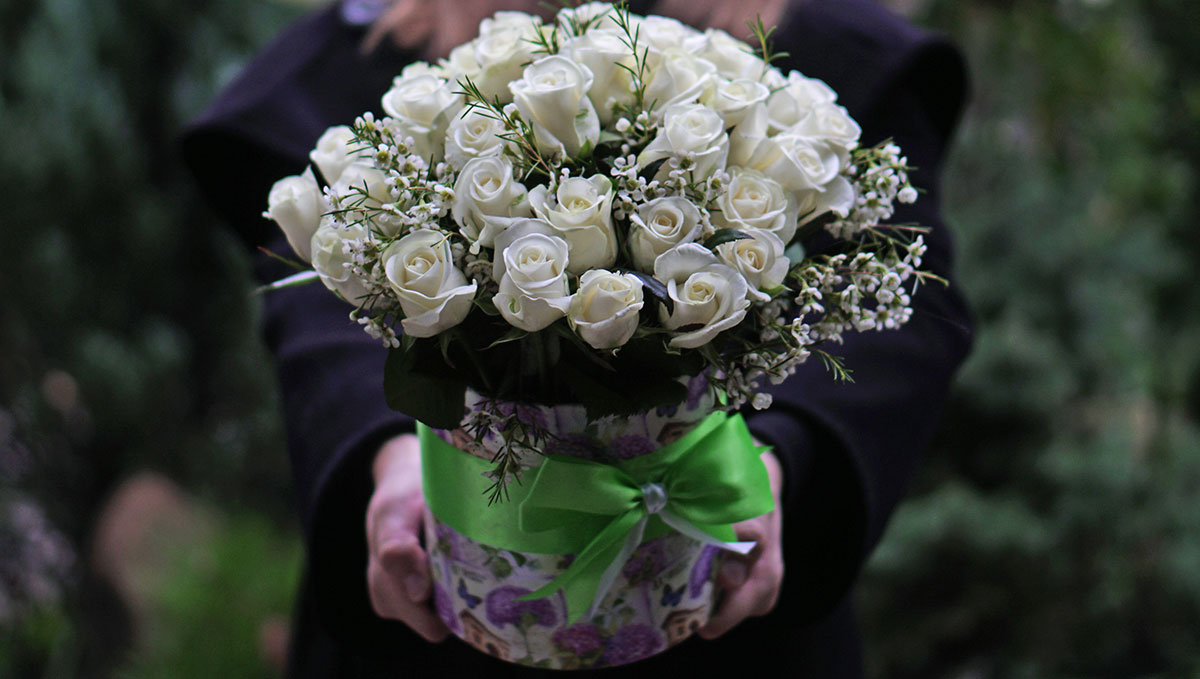 Perhaps the flower that give the most. Love and affection, the rose symbolized since ancient times. But if before the rose was given in love, today the bouquets of these flowers give to celebrations and holidays, such as birthdays, anniversaries, weddings.

But traditions do not just go away, and still with bouquet of roses lovers Express their feelings. Give red roses – a symbol of unbridled passion. As centuries ago, the most popular bouquets, consisting of three, seven and twelve flowers.

But to give red roses to the bride at the wedding is considered rude. Usually give bouquets of white roses as a symbol of purity and innocence. You can add a little pink, a symbol of admiration. Keep this in mind when ordering, and then our flower delivery in Kiev will bring you exactly the bouquet that you need.

This is a common flower symbolizes gratitude and admiration for professional accomplishments. He is the best suited for congratulations. If you are invited to a party celebrating someone's success, present the celebrant a bouquet of carnations. Very often the bouquets of these flowers to give to mothers as a token of gratitude.

Solemn flower, which give a not too familiar people. Gladiolus has a long history, after all, to cultivate it began in Ancient Rome. Then the gladioli were given to soldiers as a sign that they must win the battle. Gladiolus was read and a flower of the gladiators.

Today, few people know that the tubers of this flower fit for human consumption. In addition, the gladiolus is considered a medicinal plant. In the XVII century it was used as a diuretic and as an effective remedy against toothache.

This flower likes to be alone, so the bouquet it does not combine with any other colors. When you order flowers in Kiev, in our online shop, order a bouquet of lilies only, and you will bring a lovely wedding present. Yes, like roses, lilies symbolize purity and cleanliness.

But in ancient times, the Lily was the flower power, so his image is found on many coats of arms. Even in the Ancient world, the Lily symbolized the power and wealth, so wealthy citizens these flowers adorned their homes during celebrations, and even chariots. This tradition has not died completely. And it is appropriate today to put a couple of bouquets in the hall that will host the celebration, or to decorate, Lily of the cars in the wedding cortege.

In folklore the girl gleaming with beauty and innocence, called Daisy. To this day, young girls love these humble flowers, who presented them to their beloved.

But chamomile is also known as very effective medicinal plant. It has long been used to treat women's diseases, preparing chamomile infusions and decoctions. The Wellness cosmetics is also widely used extracts of this plant.

But our world is diverse. And if in Europe, America and Russia, the Daisy is the flower of innocence, the African sorcerers use it for the summoning of evil spirits.

A little about the weeds

Did you know that dandelion makes a wonderful salad. And it is not only delicious but also extremely healthy. In the plant there is no shortage, because all gardeners know that it is a pernicious weed that is very difficult to fight. So why don't we throw the whole assembled dandelion, and try to use it with benefit for themselves? It will be a special bonus for working in the garden.

To prepare the salad is better to gather young dandelions, because their leaves no bitterness. But if the young plants could not be found – not a problem. Just put the collected leaves (a salad they are used) at some time in salt water. You can omit them in boiling water, but hot water kills some of the beneficial properties of plants.

So, you have sheets that you can use. Depending on the salad, you will need and other ingredients.

Salad of dandelion, vegetables and nuts

Dandelion leaves are cut into pieces not too small. Lemon crumble finely, and the garlic rubbed on a fine grater. Cut the sorrel. Walnuts need to pound.

All mix, season with mayonnaise on or sunflower oil, and salad is ready.

Salad of dandelion, cabbage and eggs

These two simple recipe will help you to use seemingly useless weed.